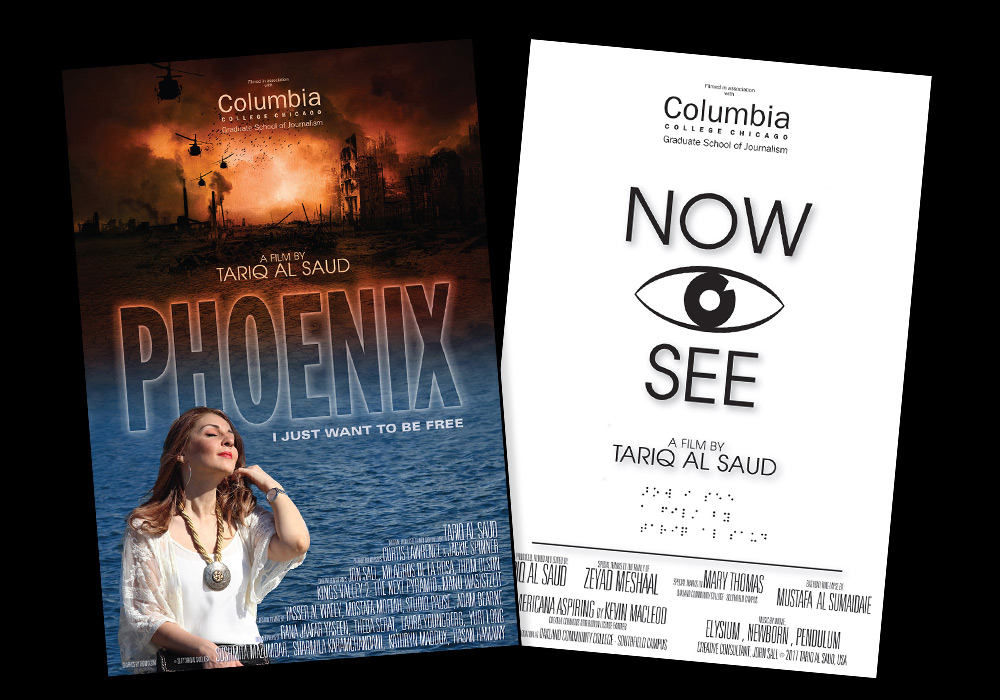 The two short films were on similar subjects but with different storylines. Both dealt with the challenges of immigrants. The first dealt with immigrants with disabilities. The second film deals with the story of a female journalist who immigrated to the US from Iraq. They are the work of journalist/producer TariqAl Saud

The process involved seeing both films during the filming and editing process to gather ideas for visual imagery. There was plenty of lead time to develop good concepts for visuals. Photography from the first film was a limiting factor for resolution/print purposes. The concepts were developed through a collaborative process and came out of brainstorming sessions. The director came up with the idea of using braille with the film about disabilities and using a medical eye chart to discuss blindness disabilities

The second film about journalist Rana Jaafar Yaseen was more cinematic in scope and nature. The desire was to show a “before and after” without giving away too much of the story. There were more photography options as well as still imagery to pull from. The final became more of a montage of displaying destruction on the top with peace on the bottom

Both films received good recognition and favorable reviews. They were followed with additional assignments; an astrological website and book, logo graphics and branding for an Iraqi comedy show (Miss Muneera) and graphics for an Egyptian morning talk show called Hyatti