An online blog that moves into an International quarterly publication

HalfStack is an online blog with a huge staff of contributing bloggers and writers. The content covers a lot of ground; arts, music, social issues, food, restaurant reviews, fashion, beauty, and style trends along with tourism and events. Readership is 65% female, urban, college-educated, under 35, and predominantly living in the Midwest US. To expand readership and visibility, the idea of a bilingual version was suggested— English and Arabic 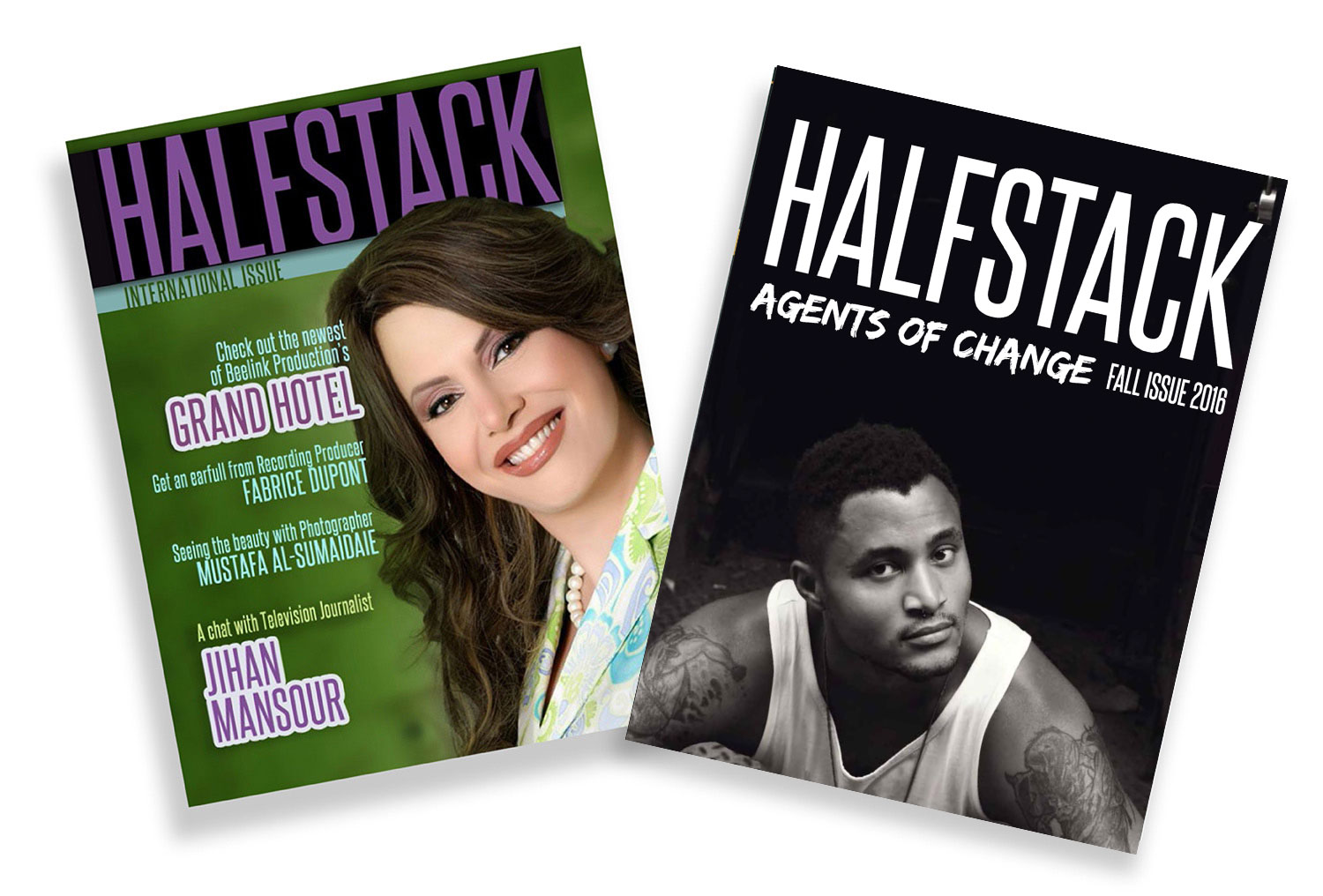 The HalfStack blog is hosted by Blogger. The writers come from various backgrounds but most are beginning writers or journalism. Content is uploaded daily with blog posts being less than 500 words with lots of original photography

The quarterly is hosted byIssuu.com — a publisher of online magazines. This offers writers a chance to provide a vehicle for long-form journalism and writing pieces. Articles average 3000words but visuals and layout were lacking the impact of the blog. It lacked visual excitement and continuity within layouts. Blogger adds format to content with static layouts so writers are not concerned with this. Issuu takes a step back leaving art to the publisher

To give more impact to the magazine and greater readership penetration, The International Issue was the first bilingual issue with a serious look developed to appeal to readers. This was a serious gamble as there was nothing out there like it. Arabic reads from back-to-front and is right-to-left reading — thus the magazine had two covers with articles having to have two front features pages to run in tandem over the same page spreads

It was significantly shorter than the standard version - roughly 60 pages instead of the 200+. This allowed for the extra time to be devoted to layout and design as it needed to pop internationally

It popped. Readership rocketed to 10 times the typical readership. It was highlighted by Issuu and promoted globally. Readership expanded to Europe with over a quarter-million readers in the Middle East