Entertainment videos (games and movies) require media awareness to generate interest at the moment of release. Redbox relies on its social media to its direct-to-customer base to push business and get shoppers to the box when they pick up their groceries 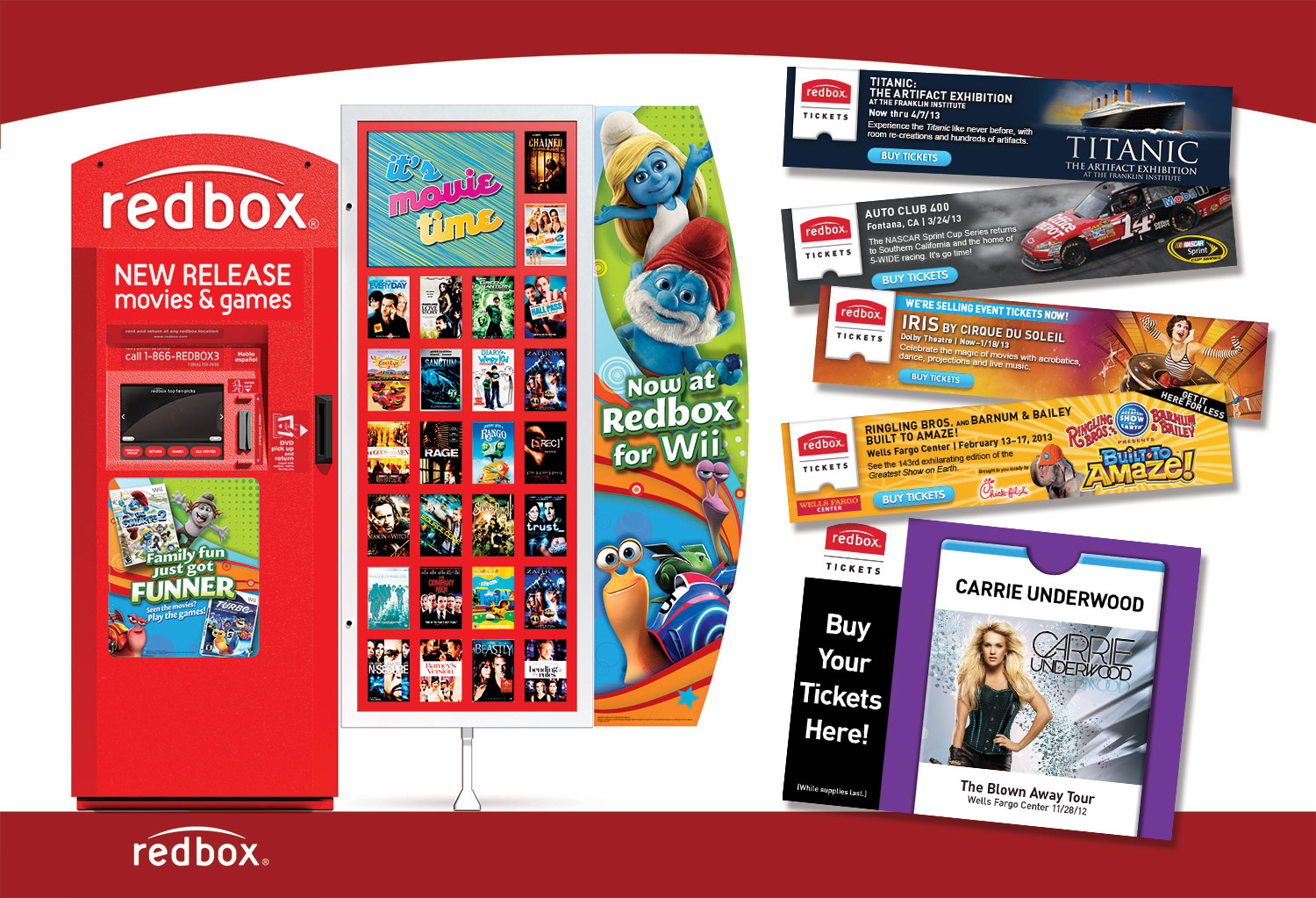 Studios bring content to CD and people find what is available by emails and social media. There were daily posts, activities to keep people coming to the big red box that were located at most grocery stores, drug stores and gas stations. It was similar to going to the library — and like the library, they charged late fees when you did not return your CD or game

Along with movies and games, some locations were testing general admission tickets being sold at the box. One could purchase museum tickets, tickets to special events or concerts that used general seating (not numbered seats). These promotions also received social media roll-outs, landing pages as well as POP displays at the box

These event-related tickets also received extensive email blasts to generate awareness as most of the events were time sensitive. The online division received special attention through email blast campaigns and testing. Tests locations typically included parts of Texas, the Midwest and some parts of the Southeastern US. Promotions changed weekly as well as the POP at the box. It was very clock-work oriented with weekly promotions being timed to the release schedule of the movie studios and gaming companies

Everything had a one week turn-around for POP printing. Special displays for game releases could be quite spectacular with large display cards and side wings that doubled the size of the box for expanded visual awareness. Simultaneously as Redbox was building its online entity, ticketing and gaming promotions; they were branching into Canada and the Eastern parts of Canada that required French translations on all items

Redbox was a client that is caught in the race to technology. Not many people still use CDs for their video entertainment. TVs come with internet connections that make streaming easier without having to leave the home. Redbox sold its streaming service to Verizon. In the process, the company also signed a no-compete clause in the sale contract so when people moved to the digital online service, they no longer received emails from the CD/box entity. Unfortunately, the online Redbox service could not get the same content that was delivered at the box. So when people started to stream online, they quickly lost interest in the box AND they lost interest in Redbox Steaming as other streaming services had superior and broader content. The business imploded significantly within a year after the sale of it streaming service. At its height, it handled 51% of all video rentals in the US and Canada prior to streaming.